To share your memory on the wall of Jose Acosta Calvo, sign in using one of the following options:

To many who knew him, José Acosta personified the American dream. Born... Read More
Jose Acosta Calvo, 67, of Orlando, Florida passed away on Tuesday November 17, 2020 at Orlando Regional Medical Center due to heart complications and kidney failure.

To many who knew him, José Acosta personified the American dream. Born in Havana Cuba, he came to America as a child on an airplane all by himself. As a young man, he learned firsthand what it took to succeed by watching his father run various businesses. After graduating from high school, he enlisted in the US army and honorably served his country as a military policeman.

Upon leaving the military, he went to New York and met the love of his life, Rosemary. The two of them got married and had a son named Joseph. José found steady work with the US post office. But with his entrepreneurial mind always working at Mach speed, he eventually became interested in the video rental business. After learning all he could about what was an up-and-coming industry at that time, he quit his job and opened a video store in New York with his father called, “Video Classes.”

One day, his wife Rose told him that the company she worked for was moving to New Jersey. Being the supportive husband that he was, José sold half his share of the video store to his father, and moved to Plainsboro, New Jersey with his wife and son.

But that didn’t stop him from dreaming. With his mind always steadied on the future, even though he had zero experience in the restaurant business, he took a risk and bravely embarked on a new venture, when he opened an Italian restaurant/pizzeria, which he proudly named after his son. Pizza Joe’s ended up becoming a successful landmark business in the small town of Plainsboro, for 11 years.

Tragedy struck the family in 2000, when his wife, Rosemary Acosta, lost her five-year battle with breast cancer. A few weeks after that, his father lost his battle with cancer. Feeling the need for a fresh start, José sold his restaurant and moved to Daytona Beach, Florida with his son Joseph. After managing a Pizza Hut restaurant, he became a business partner in an Italian restaurant for a short time.

José ultimately retired to Orlando, Florida, where he spent much of his final years fishing. He was especially fond of fishing at Sebastian Inlet State Park. Nothing soothed his senses like sitting on the beach, or on a fishing pier, and watching the mighty Atlantic Ocean flex its muscles. But what he loved even more than that was helping and teaching people. Those who knew him would wholeheartedly agree that he was very good at doing both. It was impossible to part company with him without learning something new.
Jose is survived by his son Joseph Acosta.

There are no events scheduled. You can still show your support by sending flowers directly to the family, or planting a memorial tree in memory of Jose Acosta Calvo.
Plant a Tree

We encourage you to share your most beloved memories of Jose here, so that the family and other loved ones can always see it. You can upload cherished photographs, or share your favorite stories, and can even comment on those shared by others.

Plant a Tree in Memory of Jose
Plant a tree 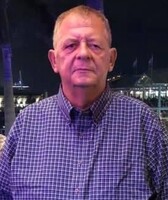