To share your memory on the wall of William Bittel, sign in using one of the following options:

William was in the US Marines from 1951 to 1954 then married the love of his life, Marjorie Jane Howarth in 1... Read More
William F. Bittel Sr., 87 of Apopka, Florida, formally of Neptune, New Jersey passed away December 23, 2020 of natural causes.

He worked for the Township of Neptune Sewage Authority until his retirement in 1999.
In 2007. William and Marge moved to Florida to live with their son John.

William was predeceased by his wife Marge of 56 years in 2011.

He is survived by a son, John, with whom he lived, a son Harry and daughter in law, Anne and a sister, Lorraine Helmka, Harrisburg, Mo.


There are no services planned at this time.
Read Less

There are no events scheduled. You can still show your support by sending flowers directly to the family, or planting a memorial tree in memory of William Franklin Bittel Sr..
Plant a Tree

We encourage you to share your most beloved memories of William here, so that the family and other loved ones can always see it. You can upload cherished photographs, or share your favorite stories, and can even comment on those shared by others.

Plant a Tree in Memory of William
Plant a tree 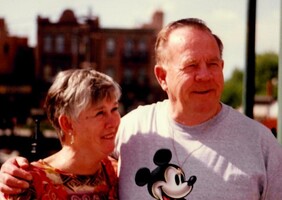