To share your memory on the wall of Jason Williams, sign in using one of the following options:

Also left behind are his parents, Richard and Shirley Williams, who will miss his smiling face and
his stories, and his ability to make those around him feel loved and important; His sister and her
husband, Shawne and Randy Sheldon, who will forever miss the wonderful discussions they
used to have even when holding different points of views, and of being able to bribe him with
chocolate; and a brother and his wife, Jeremy and Samantha Williams, who grieve from their
home in China, thereby casting a pall over the Eastern Hemisphere as well. Then of course
there is the human race in general, who have lost a kind and compassionate soul among them
and will experience their grief in unspoken and unrealized ways.

Jason was, as his grandmother would say, filled with sass, and he showed this proclivity at a
young age. As a youth, he could be known to be argumentative and confrontational, but he did
this in defense of what he believed was right. He was immensely intelligent and logical, and the
absence of these qualities in humanity was a constant source of exasperation to him.

As an adult, he came to better accept and understand the imperfections of himself and those
around him. He focused his attentions on helping to make the changes in the world he could,
raising his extended brood of children with the thoughtfulness and compassion he knew the
world needed more of. He was selfless with his friendship and in his interactions with others
and strived to be good, succeeding more often than not.

Approaching middle-age, Jason took to the appropriate customs with gusto. He smoked meats
with enthusiasm, and his brisket could rival the best in the world. He vehemently ignored and
denied any evidence of hair loss, and his refusal to switch to bifocals in spite of their obvious
need was impressive. His passing came far too soon, and his family will forever be left
wondering what type of cantankerous, loving, selfless senior citizen he would have been.

Jason loved astronomy and physics, and often pined for an opportunity to explore among the
stars. In keeping with this wish, his family will be shooting a portion of his remains into the
heart of the Milky Way galaxy. There, millions of light years away, his presence will provide
inspiration and comfort, just as it did on Earth. He will most likely continue to remain baffled by
the foibles of humanity, but he will love us all the same, even from that great distance.
Read Less

There are no events scheduled. You can still show your support by sending flowers directly to the family, or planting a memorial tree in memory of Jason Ray Williams.
Plant a Tree

We encourage you to share your most beloved memories of Jason here, so that the family and other loved ones can always see it. You can upload cherished photographs, or share your favorite stories, and can even comment on those shared by others.

Posted Jul 10, 2021 at 05:15pm
Jason was a luminous soul who left us far too soon. I struggle to make sense of it, but I can only imagine his tolerant shrug. He could be so vexingly unflappable.

Donnie, if you see this message, I'd love to talk to you. RJ

Posted Jun 14, 2021 at 08:28pm
I knew Jason as a teen working at Egan Stables. I found him a delight to be around. He made time for everyone, regardless of age and was interesting to talk with. He was also a hard worker at the stable. Sorry that your life was cut short! Beth Geehring
Comment Share
Share via:
C

Posted Jun 12, 2021 at 07:15pm
Jason has always been so devoted to his family. He always enjoyed the kids antics and was their greatest supporter. Jason laughed easily and worked amazingly hard. He left a a great example, and a deep hole in our hearts.
Carolyn Strzyzykowski

Thoughts and prayers with all his friends and family during this time.

Posted Jun 09, 2021 at 05:20am
WOW! What a beautiful tribute to a man who was obviously well loved! Heart felt condolences to the entire family. RIP in Jason!
Comment Share
Share via: 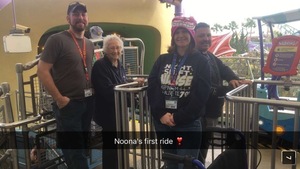