To share your memory on the wall of Richard Andrews, sign in using one of the following options:

Print
Richard Andrews 66, Born in Alabama but grew up in Orlando, gained his wings on July 7, 2021. With his brother, son, granddaughter and extended family at his side he knew he was never alone.

Born on April 13, 1955 to parents Roy Morris ... Read More
Richard Andrews 66, Born in Alabama but grew up in Orlando, gained his wings on July 7, 2021. With his brother, son, granddaughter and extended family at his side he knew he was never alone.

Born on April 13, 1955 to parents Roy Morris and Betty Tolbert and the little brother too Allen Morris, Richard Morris came into this world full of life. Growing up Betty and Roy would at some point separate and Rick moved with his Mom to Orlando where they settled into a new life with Lester Andrews, who would not only love and raise Rick, but-also give him his last name, Andrews. Rick was the big brother to Frank and Will and the three of them worked for The Andrews & Sons family business which Rick was very successful at. Rick did his family proud and was the biggest family man you’d ever meet. After losing his father Lester ,he took the reigns and took care of his Mother till the day she passed away. You wouldn’t meet a person that didn’t like him. He was a teacher of many things, ether it was the craft he made a living at or his hobby’s like hunting and fishing. He was a huge outdoors fan weather it was in the woods or on the water. He was an all around great guy.

Rick was preceded in death by his parents, his brother Frank, and Son Dallas. He is survived by his Sons Eric & Little Rick, his beautiful granddaughter Chasity his wife Patricia and his Brothers Allen and Will.

Service and arrangements will be updated soon.
Read Less

To send flowers to the family or plant a tree in memory of Richard Wayne Andrews, please visit our Heartfelt Sympathies Store.

Show you care by sending Flowers

We encourage you to share your most beloved memories of Richard here, so that the family and other loved ones can always see it. You can upload cherished photographs, or share your favorite stories, and can even comment on those shared by others.

Posted Jul 15, 2021 at 09:52am
Rick was a hard working family man. He loved his sons and granddaughter with all his heart. Rick will truly be missed and his legacy will live on through those who love him. We keep him in our hearts until we meet again.
Comment Share
Share via: 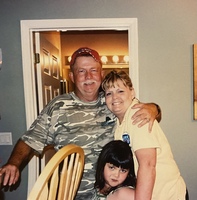 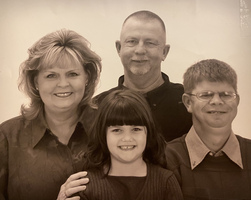 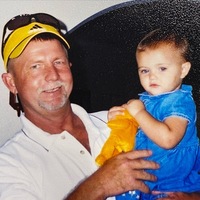